What Does The Red Key Light Mean On A Harley?

If the key’s red security light doesn’t flash and the bike starts and runs, a DTC has been set. The red key light on your Harley Davidson primarily serves as a security system indicator for the vehicle. The status of the bike’s security system is 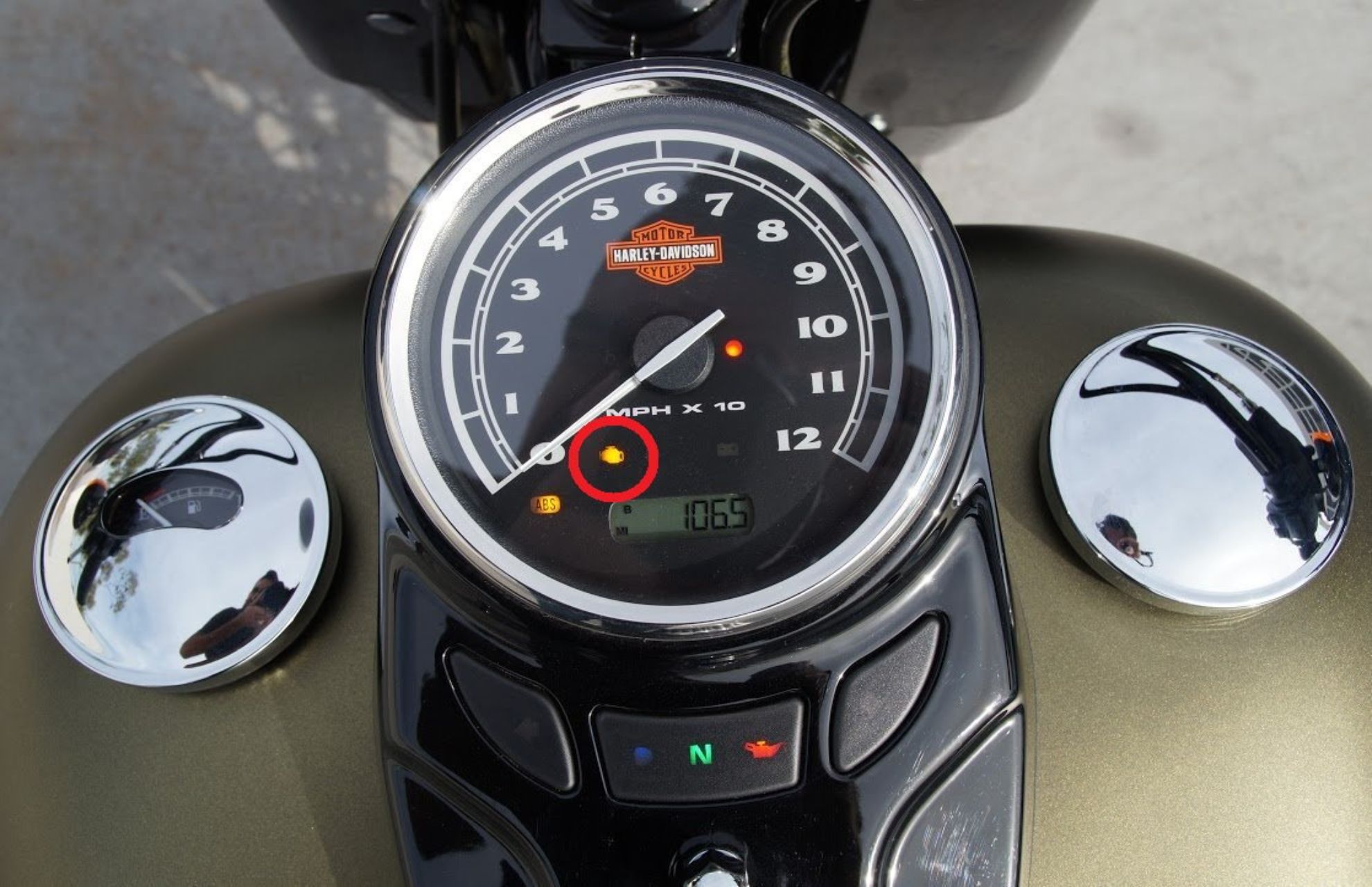 What Does The Red Key Light Mean On A Harley?

How Does A Harley Red Key Light Operate?

In reality, the Red Key Light functions much like the car’s Check Engine Light (CEL), which typically keeps track of diagnostic trouble codes set by the Turn Signal (TSM/TSSM) or Security module.

When you turn on the bike, this red light goes out, signaling that the security system has been turned off for your bike.

However, if a diagnostic trouble code (DTC) has been generated by the Harley if the red key light is stable and not flashing even after the bike has started and is moving.

Why Does The Red Key Light Remain On When The Bike Has Started And Moved?

The bike has a DTC (diagnostic trouble code) if the red key light stays on after starting.

Your TSSM’s fault code may have caused it to happen. In that case, you can look in the bike’s manual and resolve the ECM trouble code for the security system.

But there’s also a chance that electrical problems like dead batteries and frayed signal wires will cause this issue.

What Is The Process Of Harley Davidson Security System?

After you park the bike and turn off the ignition, the security system immediately arms itself. When the system is turned on, the turn signals and an optional alarm will peep twice. Additionally, while armed, the key icon on the speedometer will flash every three seconds.

The system is immediately deactivated if an assigned fob is present when the ignition key is turned to the IGNITION position. When the module disarms, the optional siren will chirp once, and the key indicator will be illuminated for 4 seconds before going out.

How Do You Turn On A Harley Davidson Security System?

The Harley Davidson system began functioning while the ignition was turned off. If there isn’t any motion while you park your motorcycle, the smart system will arm in 5 seconds.

After arming, the turn signals flash twice and the optional siren beeps twice. Once activated, the bike’s security system can only be turned off with the key fob.

How Can I Maintain And Troubleshoot My Harley Davidson Security System?

The Harley-Davidson security system can be fixed using a number of techniques. Which is detailed below:

Take The Battery Out

To remove the Battery, raise the top of the battery compartment. Use an electric cleaning spray to scrub the surface for just five more seconds. Add a fresh set of batteries to the system. The lid of the compartment can now be shut.

Put a spirit-level module in place on the area of your bike seat. In order to position the bubbles in the middle of two drawn lines, move the sensor module now. Press down on the module until it clings to the hooking pad in the next step to reattach it to it. Put the seats back in the appropriate position now.

Normally, the sensor module is installed beneath the seat. You’ll need a locking clamp to hold the loose wires in place when approaching an alarm system that is close to the handlebars. Use a flat spatula or the tip of a screwdriver to fortify it. Repeating this procedure is necessary for the motorcycle’s back-mounted alarm siren.

What Does It Mean When A Red Light Flashes?

A flashing red traffic light (stop signal) functions similarly to a stop sign. In order to move forward, you must actually come to a complete stop. In the event that the traffic light is flashing yellow, slow down, look both ways, and cross the intersection with caution. ​