What is a Car Smart Key? Full Guide

Modern drivers are on the lookout for cutting-edge vehicles with cutting-edge technology in this digital age. Driving can be safer and more convenient thanks to technology. The smart key is one of the most well-liked technological features found in new cars. To unlock your car 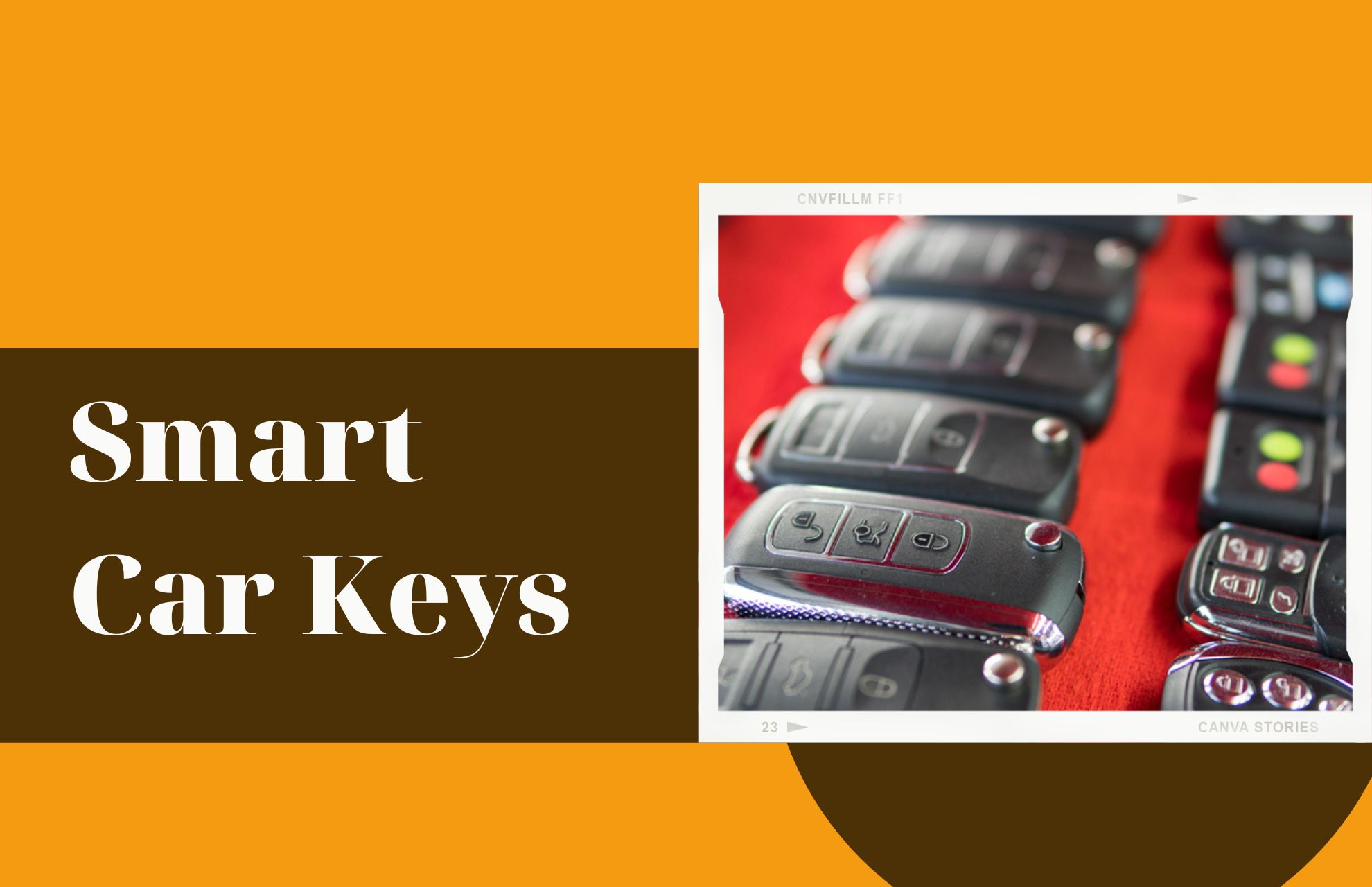 What is a Car Smart Key? Full Guide

Modern drivers are on the lookout for cutting-edge vehicles with cutting-edge technology in this digital age. Driving can be safer and more convenient thanks to technology. The smart key is one of the most well-liked technological features found in new cars.

To unlock your car in the past, you had to walk the entire distance to it and put the key in a regular keyhole. Nevertheless, doesn’t that seem like a long time ago? With a smart key today, you can do much more than just open your car.

Continue reading if you want to learn more about the smart car key.

What is a Car Smart Key?

A car smart key is just a more technologically advanced version of a standard car key that uses technology to help you start your car’s engine, control the locks on your car, and perform other tasks.

Modern smart keys exchange signals with the car’s antennas, which the electronic computer in the car decodes. The computer responds by sending a command to carry out that particular task.

The smart key, for instance, can open the trunk or activate the child lock, as well as turn on the air conditioning or heating in your car.

The initial iterations could only carry out a limited set of operations, such as opening the trunk or the locks. The ignition of a car can now be turned on with the touch of a button, and smart keys can even be used to turn off the immobilizer in your vehicle.

How Does the System Work?

Keyless ignition is a passive RFID system, which means that the vehicle sends a code to the ignition chip from its computer. The message is received by the ignition chip, which, if it recognizes the code, will grant the user full access to the car.

Simply put, the engine should start and the car should become drivable as long as your SmartKey fob is inside your vehicle with you at the time you press the start button or flip the switch.

The frequency signal used by smart keys is different. If that happened, it would create glaring security issues because the key could be used to unlock all makes and models that used a similar key. Therefore, a smart key from someone else won’t be able to open your car.

Instead, each time you press a button on a smart key, a discrete, encrypted signal is sent. The key creates a new frequency at the request of the vehicle’s onboard computer.

Keyless car thefts have happened frequently in the past, though the technology isn’t perfect. This happens when tech-savvy thieves use third-party pulse generators to “fool” the onboard computer into thinking the key is nearby. The good news is that keyless car theft can be prevented in a number of different ways.

Modern car smart key signals are encrypted, specific, and connected to the onboard computer of your vehicle. For instance, because the computer hasn’t verified the encrypted key, even if a thief breaks into your car, the ignition won’t turn on.

To increase security, businesses like Tesla have introduced cutting-edge systems like Sentry Mode. Other than that, a number of technological features, such as dashcams and vehicle tracking, keep your car safe.

Smart car keys have many advantages.

Possibly the biggest benefit of using a smart key is the convenience it provides. The door automatically unlocks when you’re close by, so drivers won’t have to worry about fumbling with the keyhole, especially in the dark.

Smart keys significantly outperform regular keys, as was already stated. Hacking a smart key is extremely challenging because the signal is encrypted.

Additionally, you wouldn’t want to be discovered outside fumbling with your car keys in case of an emergency. A smart key unlocks the door without you having to dig around in your pocket or bag.

A traditional car key will eventually become worn out. Because traditional keys are so heavy, most people frequently add more keys to the chain.

This causes the ignition to undergo unnecessary stress, which over time results in significant wear and tear. This contributes to the longer lifespan of push-start ignition systems.

The fact that smart keys have battery indicators that alert you in advance when the battery is running low is more significant. You don’t need any specialized tools to replace the battery because it is so simple to do.

Does a Smart Key Have Battery Backup?

The battery in smart keys can run out because they are battery-operated. A different method for locking and unlocking the doors and starting the car should be available if this occurs. In order to achieve this, the smart key is typically shipped with a key blade.

Inductive coupling, which entails inserting the key into a slot or holding it close to a specific location in the cockpit where an energy-transferring inductive coil is concealed, is another method for achieving emergency starting. This makes it possible to use inductive charging even when a battery is dead.

Conclusion: Smart Key Technology is Only Going to Get Better

With special cases in mind, smart keys were created. Smart keys are now found in vehicles of all makes, models, and price ranges as a result of this evolving over time.

Technology for smart keys has advanced considerably, and it will continue to do so. For instance, many manufacturers now provide a way for drivers to unlock their car using a digital key through their smartphones. It’s just one of many technologies available today that can sway purchases.